Choosing an interior decor for a barn house can be daunting. Some might feel the need to adhere to a certain time period or style.  Not in the 21st Century. The key to today's practical approach in choosing interior decor… 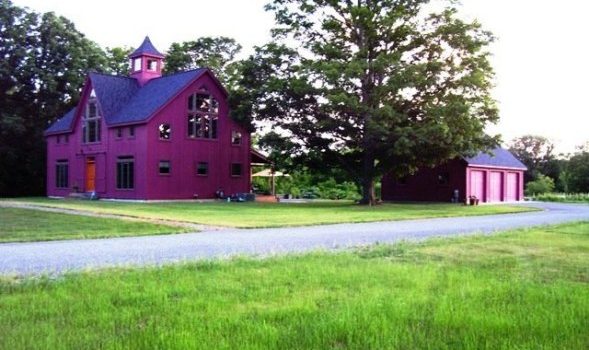 This Yankee Barn in Western New York is an interesting combination of New England Victorian (the exterior) and Greek Revival and Second Empire (New York) styles (the interior). With city and town names such as Ithaca, Syracuse and Cortland surrounding…

Welcome to Yankee Barn Homes' new monthly interview series. As promised in my previous post announcing Design Talk , our first interview will deal with finding out "Who is Jeffrey Rosen?". So, without further ado, let's get started! Jeffrey's Stats…

Post and Beam Living is thrilled to announce an exciting new monthly feature called Design Talk with Jeffrey Rosen, an interview series focused on anything and everything to do with design and decor in today's home design. Our expert in… 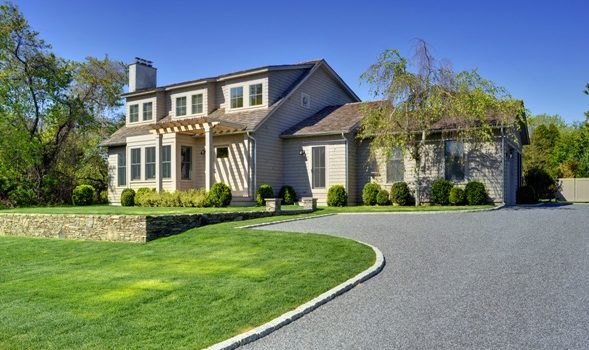 You may have recently read a post or two from us in which the name Jeffery Rosen has been mentioned. This is because Jeffery has joined the Yankee Barn Homes family as the Creative Director.  To use the word creative…

Yankee Barn Homes has prepared a guide designed to help you plan ahead for how your home, and more specifically your rooms, will be used. Ask yourself the following questions before your first meeting with a planner or home designer.…

This post is about master bedroom styles in the Yankee Barn Homes tradition, as there are still people who believe a post & beam bedroom is some sort of mash-up between red gingham, dark wood everywhere, and bear rugs. Not…

For those of you who may not have heard me mention it about a ga-zillion times in past posts, my daughter, husband and I have written a book titled POST & BEAM DREAMS. It is specifically geared for those of you who… 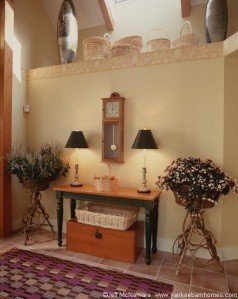 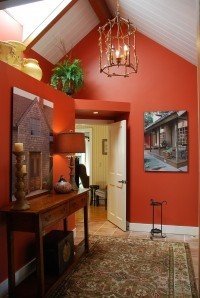 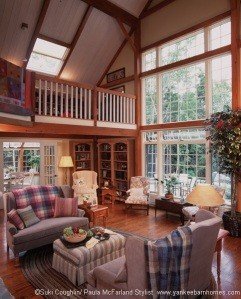 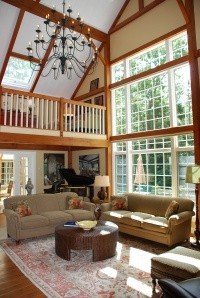 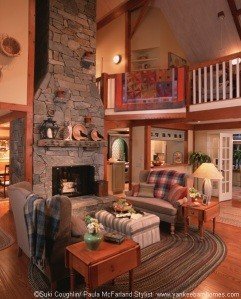 Not long ago I was involved with the interior redecorating project of a post & beam home. It was all about aesthetics as the structure itself was totally sound.  Post & beam to a decorator is what a blank canvas is to a painter: the end product is limited only by the imagination. Any style can be successfully effected in a timber frame home. We were after a timeless look; one that appeared effortless, yet classic. New paint, furniture and rugs were the initial plan. Once underway, the homeowners decided a new kitchen was also in order, but even that did not require any structural changes.

The home is a three bedroom, three and one-half bath structure with a solarium/breakfast nook off the kitchen, a great room, dining room,  media room, entryway and three open lofts.

The entryway as it appeared before being redecorated.

The same entry redecorated and painted in the color Spiced Pumpkin by Benjamin Moore.

The great room as it looked before we began our redecorating project.

The great room as it looks today.

…and as it appears today. 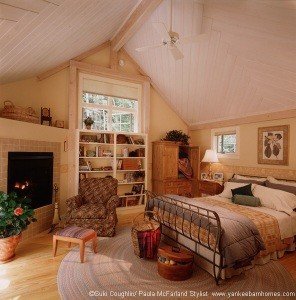 The master bedroom as it used to look. 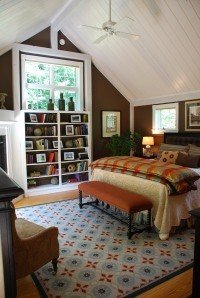 If you’d like to see more before and after pictures of this redecorating project, please join me after the jump!

While everyone out there does not have the same tastes, there are certain lighting companies no one can argue against and I'm here to lead you to them. Whether your taste is modern, rustic, classic or eclectic; if you live in a post and…