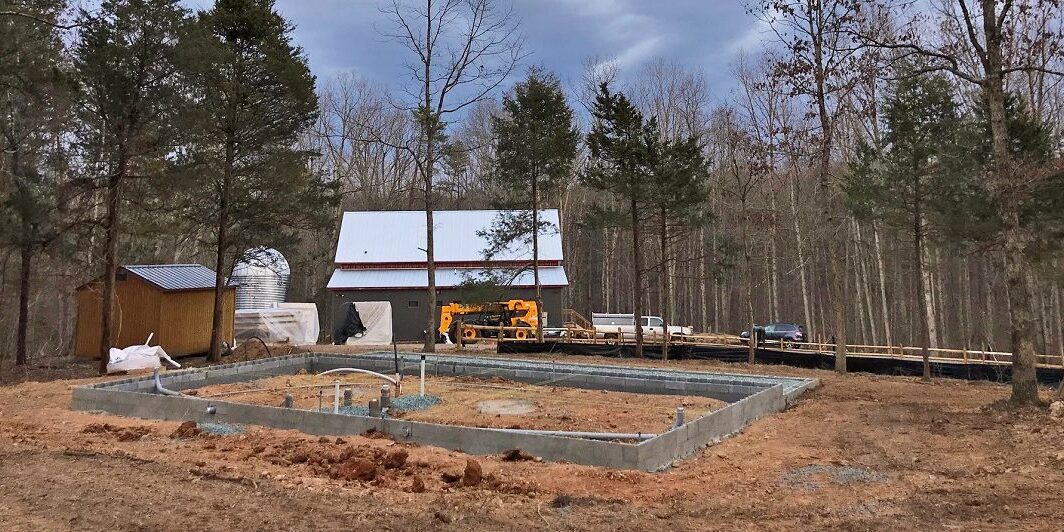 It has been just 4 months since we first featured The Split Rock, a prefabricated bunkhouse. The tiny house had finished the design process and was about to be built on our factory floor. Fast forward to today when we’ve heard the bunk house received it’s occupancy certification on April 19th – 2 weeks ago! From design process to ready-for-occupancy in under 5 months is amazing.

The key to the speed with which Split Rock went from idea to actualization can be attributed to several factors. The first is the Yankee Barn Homes’ PREFABRICATED PROCESS. Large sections of the bunkhouse were built in our factory, therefore less time was needed on site to get it up and enclosed. The bunk house was up in days, instead of weeks. Granted, this is a tiny house at 725 square feet. A larger Yankee Barn home would take longer, but not all that much. Our average enclosure time is under two weeks.

The owner of Split Rock was ahead of the curve as he had begun planning early and moved through our design process quickly. With the help of the Yankee Barn team, he was able to map out a timeline and stick to it. His response to our design manager when asked about his experience… “The key is to plan, plan, plan. We poured the slab four weeks ago tomorrow. We will have the certificate of occupancy today. Great Yankee Barn team and product to work with.”

The owner’s statement leads nicely into the second factor for a quick and easy build process: PLANNING. You can not begin the planning phase too early and you can never over plan. There will be changes, as there are with any build, but you are guaranteed to keep them to a minimum when you’ve planned ahead and begun your process early. The Yankee Barn team is here to help. We know about timelines and can make suggestions as to What To Do and When, keeping the process moving with no surprises and minimal issues.

Lastly, we’d be remiss if we didn’t point out that building a 725 square foot tiny house can and should be a shorter timeline than a 3,000 to 4,000 square foot home. However, the prefabricated process and planning factors remain the same no matter the size of your new home. Begin planning today. We’re here to help!