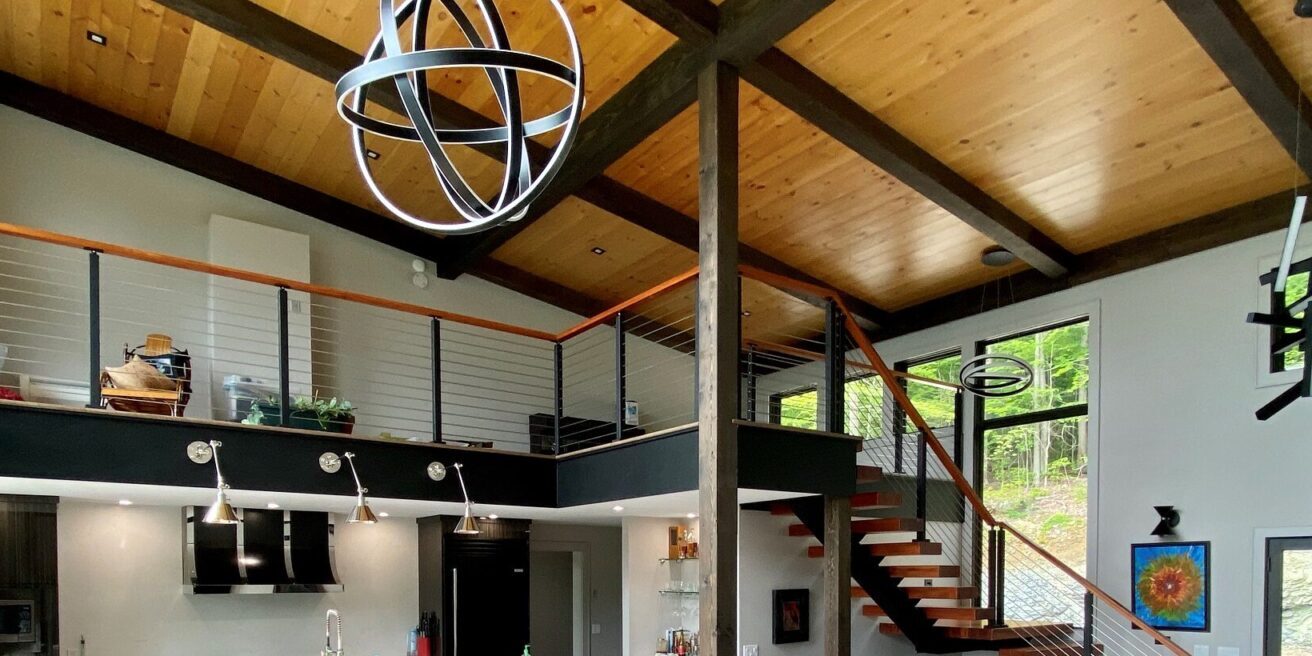 Hill House is a contemporary Mid Century Modern design plan from Yankee Barn Homes. The house is all but complete, as the owners continue work on their landscaping. The house is a combination of the a fore mentioned architectural style popular in the mid 1900’s, and 21st technology advancements in everything from structural support techniques, to insulation, to windows.

There is  a rebirth of the mid century modern style home currently happening. Conceived in the United States, Mid-Century Modern denotes a design style popular from the 1930s through the 1960s. Characterized by a contemporary, futuristic aesthetic with an emphasis on function, the Mid-Century Modern movement influenced many types of design. While today’s mid century builds remain true to the original style, they have evolved to include new materials as well as benefits of current technology. Smart homes are builds  wired with Category 6 wire, anticipating the mass roll out of 5G service. You can use a control panel or an app on your phone to control your lighting, plumbing, fixtures and more. All appliances are Wi-Fi receptive, some even have their own app. Wi-Fi receptivity is also offered in some plumbing fixtures.

Hill House is a modern marvel in every sense of the word. While we do not yet have professional photography of this home, the homeowners were kind enough to send us some great shots of their interiors. We think you’re going to like what you see. Enjoy!

Carriage Houses Top Features and What To Know
October 12, 2022

Contemporary Barn House Hayfield is a Stunner
August 10, 2022
Sign up for blog updates
Our Instagram feed
Springfield Barn has inspired numerous versions of