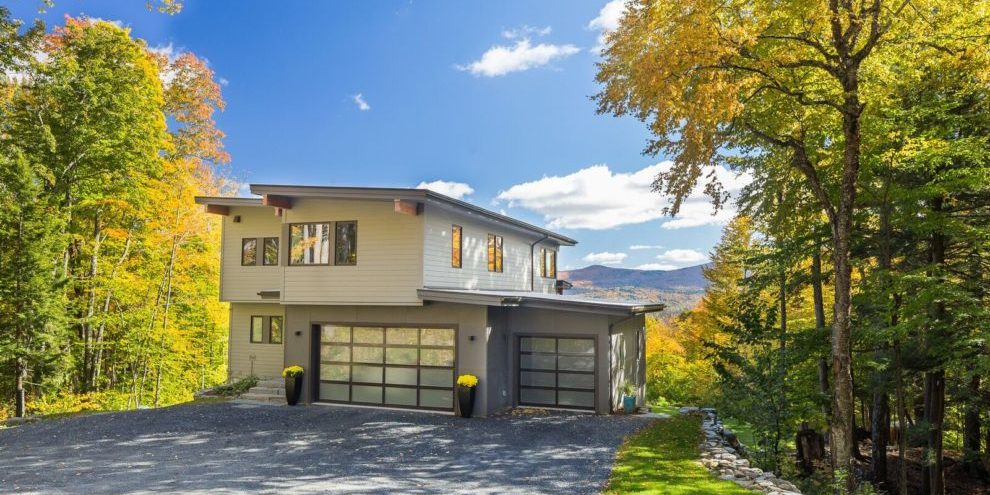 Modern vs contemporary home designs are a gray area in today’s lexicon. Most times the two terms are used interchangeably. However, the two styles are different and have elements unique to their particular architectural style and time period.

Modernism is defined as a design style with an emphasis on form rather than ornament. The structure and materials are the focus rather than charming buildings. The efficient use of space is also of import.

The modern movement in architecture in the United States flourished beginning in the 1930s and encompassed individual design movements that expressed modern ideals in different ways. Technical innovation, experimentation, and rethinking the way humans lived in and used the structural environment were trademarks of modern architectural practice.

While there is debate as to the dates, contemporary architectural style is generally considered to have originated in the second half of the 20th century. It is distinguished from the modernist architecture of the early 20th century.

After World War II, international cooperation grew. This had a notable impact on all forms of art around the world. Hence, contemporary architecture style is marked by transcontinental style, an endeavor to create structures that are integral to their specific environments.

Since contemporary architects have access to innovative methods and materials, they are not restricted to creating linear forms in contemporary house plans.

For example, they can use 3D printing and BIM technology to create more precise, challenging and interesting forms. Furthermore, 3D renderings portray buildings in photorealistic detail before a single brick is laid.

Yankee Barn Homes creates custom plans primarily in the Contemporary style. The YBH team is knowledgeable in both architectural styles and in structural design, therefore will create a home plan tailored to you.

Post and Beam vs Timber Frame Construction The Differences
July 13, 2022

Consider Universal Design When Building a New Home
June 8, 2022
Sign up for blog updates
Our Instagram feed
Looking for that perfect barn-house style with all

Sands Point is a Hamptons Design from @Jeffrey_Ros

Cloudy or not, our Somerset Barn Home is a stands

The Downing barn house is a smaller post and beam

Happy 1st Day of Summer 2022 from our very own Sum

An updated photo of the Menemsha Cottage in all it

Good morning from the Springfield post and beam fa

Either way you look at it, our post & beam mountai

Mad River Modern is a great example of our post an