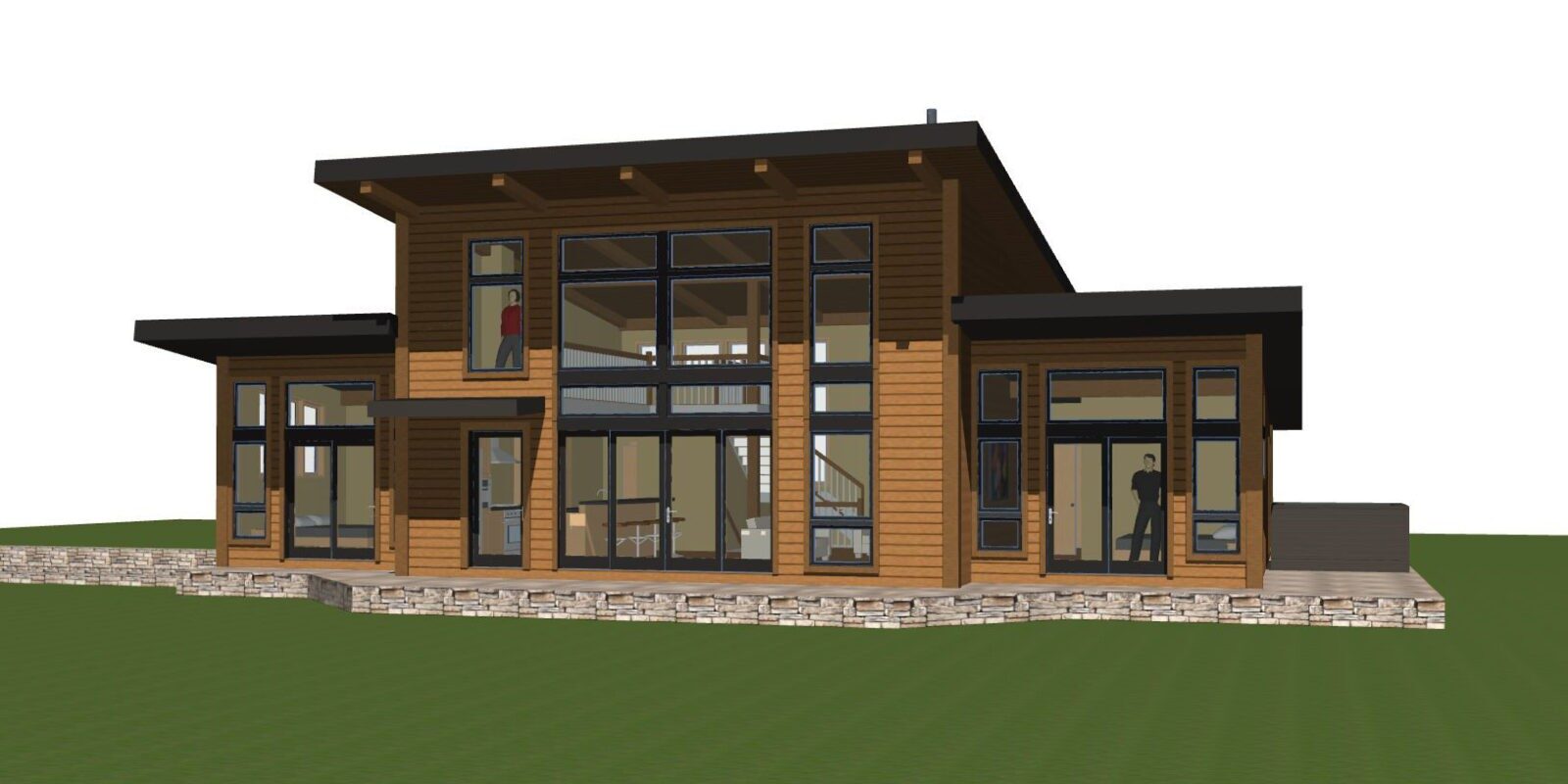 Mid Century Modern architecture is experiencing a resurgence in the United States. One big difference this time around is the advantage of 21st century construction capabilities. Nowhere is this more evident than at Yankee Barn Homes. We have designed and constructed a number of MCM homes using high quality materials in an environmentally controlled facility. Notably among our designs is Mad River Modern. Now comes Hill House.

Mid Century Modern architectural features include flat or shed roofs, high ceilings, lots of glass, and relatively sparse interiors that flow one to another.

Hill House is fresh; though it is born of a style that is decades old. This house design blurs the line between indoors and outdoors with atriums, courtyards, decks, and patios. Extensive use of over-size glass brings the outdoors in, reflecting a desire to live in an environmentally conscious way.

Materials used in mid-century modern homes complement their connections to the outdoors. Exposed beams, wood paneling, stone, expansive glass, and open courtyards marry the structure to the environment. Hill House will be unique. The design and materials used will define a home that is very different from run-of-the-mill house plans.

Begun from a need for function and efficiency, mid-century modern architecture was ahead of its time in the 1940s. Today’s MCM style looks to the future for the same reasons, function and efficiency. For those who value light, openness, and a sense of being outdoors, it doesn’t get better than the light-filled and airy feel of our Hill House floor plan.