Partial Post and Beam Small House: Stable On The Bay 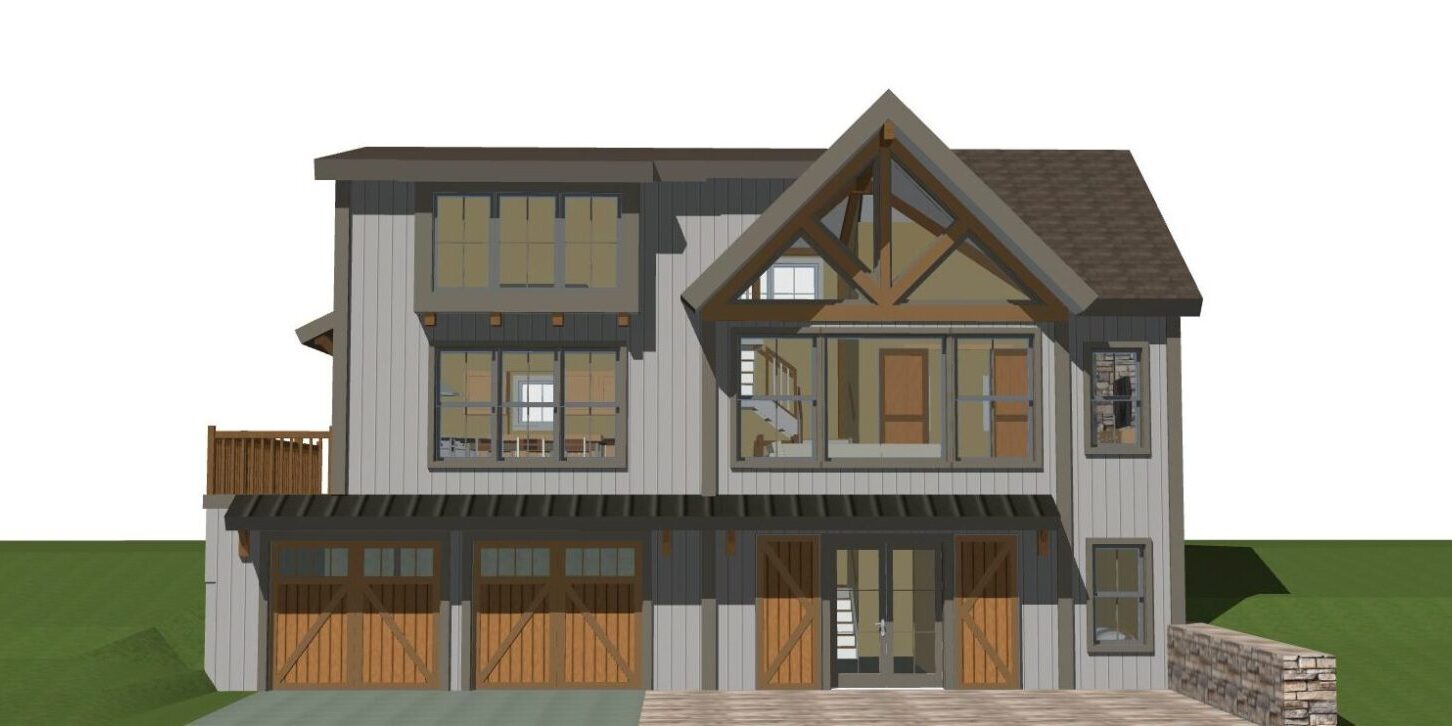 Partial post and beam home Stable On The Bay has recently completed the design process. The new plan from Yankee Barn Homes is a smaller design at 1,858 square feet.  It combines post and beam spaces with non-post and beam panelized areas. The home will sit on a bay in coastal New England. The challenge was to create a unique plan achieving the requirements of the homeowners while complying with strict coastal building regulations.

The owners of Stable On The Bay came to Yankee Barn with a few of our carriage house plans in mind. They liked The Bennington and began their design process using aspects of it and other YBH plans. This partial post and beam home plan is the end result of the design evolution process. The YBH design team spent time with the homeowners, both in person and through teleconferencing, to create a completely customized beach house. Each design is custom, therefore every home is specifically tailored to the homeowner. While you might think naming the home is the homeowner’s choice, this is not often the case. However, Yankee Barn Homes is not the usual home building company. We believe in the personal aspect of home ownership. The house belongs to the homeowners so they hold the option to name it.

Stable On The Bay will be built on a site with a slight rise. The design team took advantage of the slope to create a house version of the bank barn. The entrance side has the water view. Placing the garage underneath gave the house added view advantages, and what a spectacular view it is. The homeowners were kind enough to send photos. We are green with envy!

NOTE: The configuration for Stable On The Bay varies slightly from this formula. The post and beam frame is used in the living room and stairwell areas and a structural beam runs through the outer wall of the dinning area. The second level roof line uses one structural beam.