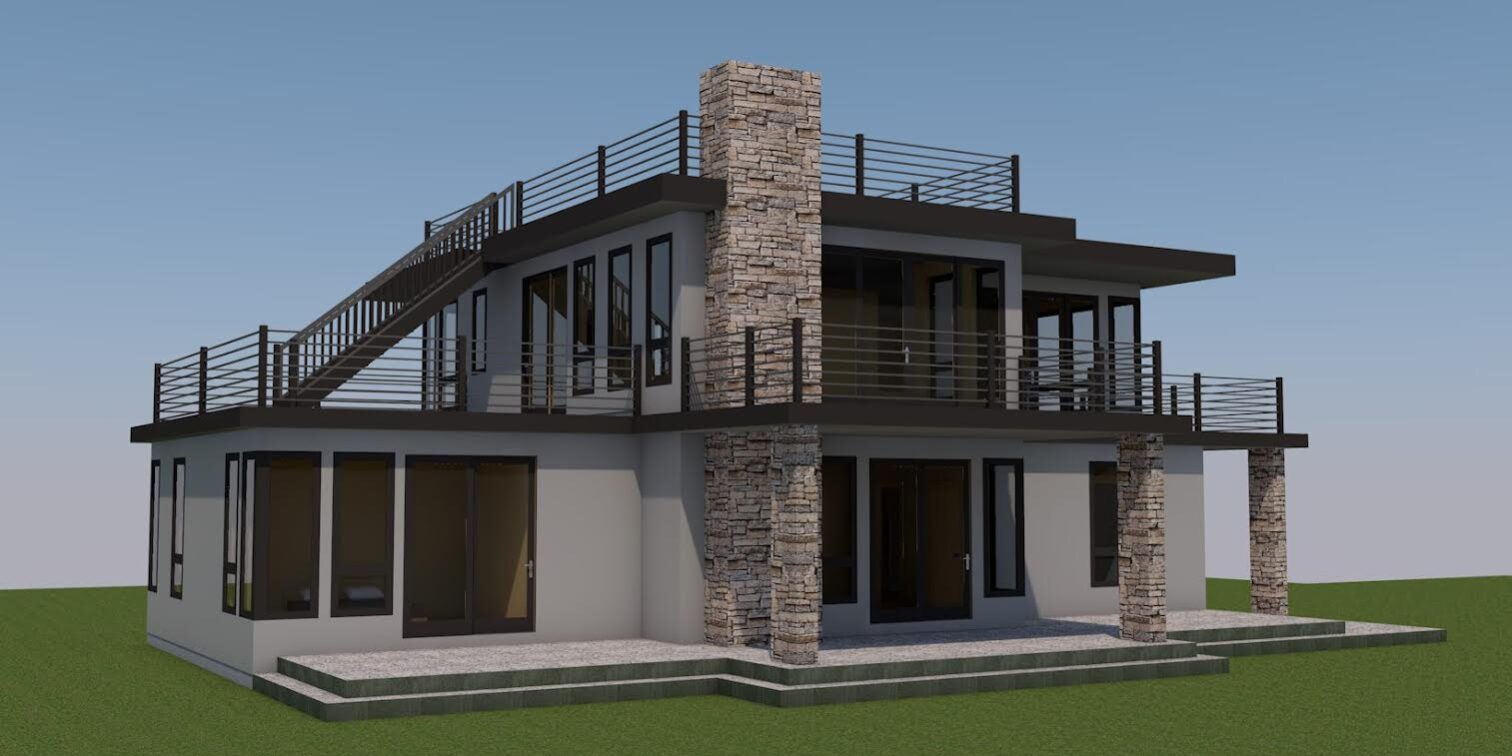 Mid Century Modern integrated indoor/outdoor living has seen a resurgence in the home building industry. Nowhere is this truer than at Yankee Barn Homes. The Montauk is our latest Mid Century Modern design to use our trade marked wall and roof panel system. The only place post and beam exists in the Montauk is at the stairwell.

Mid-Century Modern architecture first appeared in the U.S. post WWII. It is typified by ample windows and open floor plans, open interior spaces that bring the outdoors in. The style is a natural fit with post and beam, partial post and beam and/or panelized architectural design because it eliminates bulky support walls in favor of walls seemingly made of glass. Function is as important as form in Mid-Century designs; emphasis is placed specifically on targeting the needs of the family with an integrated indoor/outdoor lifestyle.

Natural materials such as wood and stone combine with industrial materials such as steel, brass, pane glass, fiberglass, resin, and concrete. Large amounts of oversize glass creates a continuation between the indoors and outdoors, with living quarters that actively engage with the environment.

The Montauk is an excellent example of adapting the Mid Century Modern style to 21st century build technologies.  The addition of the YBH True Wall™ and True Roof™ system creates state-of-the-art efficiency with faster build times and less waste. Yankee Barn Homes can incorporate as much or as little (or even no) post and beam frame as desired. We’re not just ‘barn’ homes anymore!