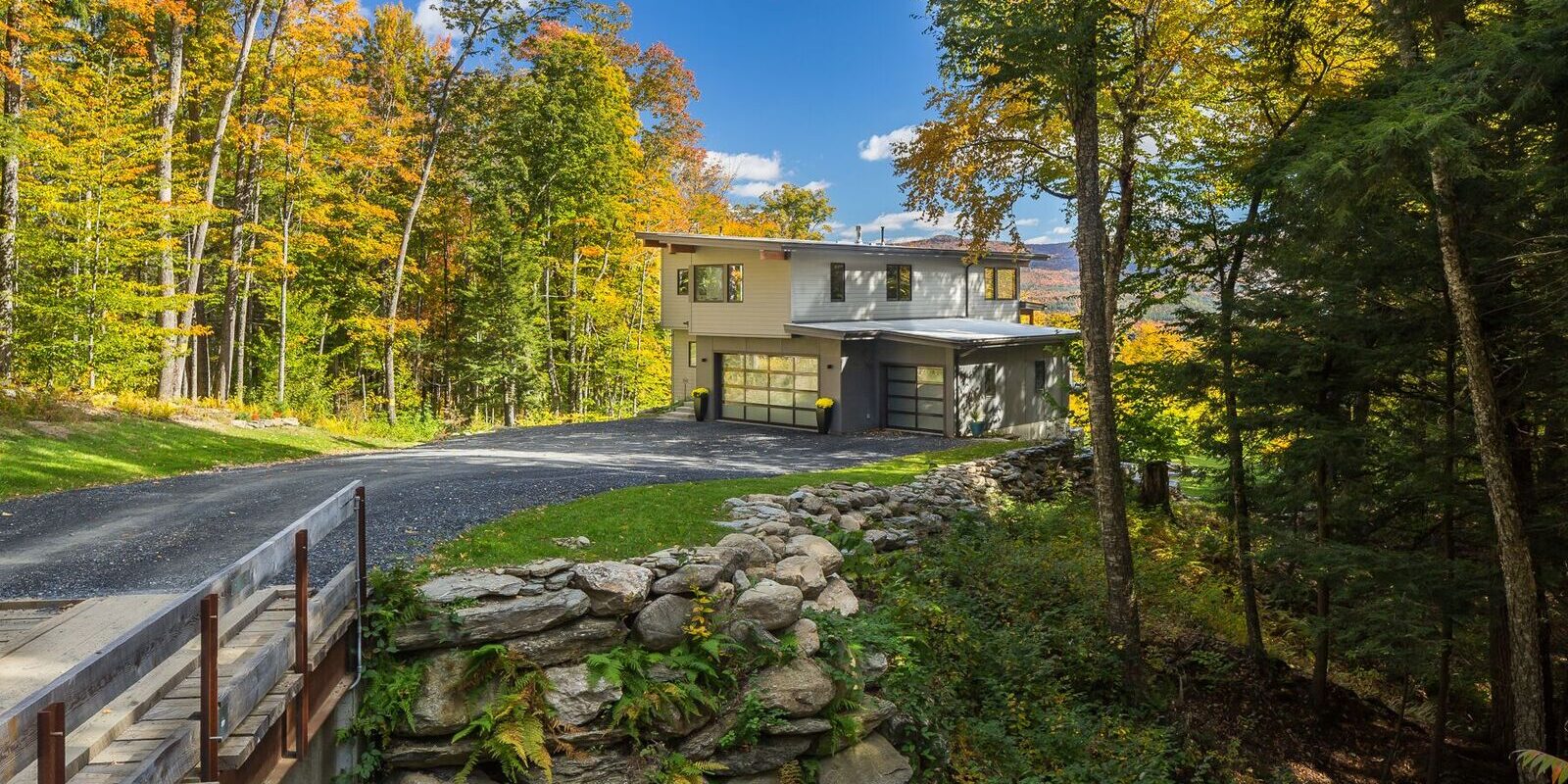 Mid Century Modern architecture is HOT! The architectural and interior design style which initially rose to international popularity from the mid 1930’s to the mid 1960’s, has made yet another popular resurgence. One look at Yankee Barn Homes’ Mad River Modern design and it’s easy to see why.

The Mad River Modern is a 21st Century take on the Mid-Century Modern style. The home was built on a sloped site, but would work equally well on a level lot. An open floor plan and floor-to-ceiling windows allow for maximum natural light and integration with the outdoors. A neutral color palette emphasizes the natural warmth of the post and beam frame. The open living plan progresses seamlessly to the outdoors through over-size windows and doors. Built in the Green Mountains of Vermont by avid outdoor enthusiasts, the Mad River Modern allows complete engagement with the out-of-doors, even on a cold day when tucked snugly inside by a cozy fire!

The Mad River Modern is 2,577 square feet of living space, with 3 bedrooms, and 2.5 baths. Additionally, an optional walkout basement adds another 832 square feet of finished living space with potential for an extra bedroom and full bath. This plan makes the house a perfect design for a number of site situations. While this home is in a rural setting, the mid century style works equally well in urban or suburban settings, making it attractive to a large percentage of modern architecture enthusiasts.

Joseph Eichler is considered one of the fathers of Mid Century Modern architecture. Eichler employed several architectural firms to design wood post and beam structures that allowed the placement of large expanses of floor-to-ceiling windows, open floor plans and seamless relationships with the outdoors. In the 1950s and 1960s, Palm Springs, CA was filled with unique modern-style vacation homes that established a flourishing and trendy desert oasis. Though there were several different roof forms used in contemporary styles, the houses displayed commonality. The mixture of materials: vertical groove wood siding, horizontal wood siding, wood posts and beams, linear expanses of glass and concrete block walls (stacked), were often employed. Today’s mid century modern home is a result of the original style combined with technological gains of 21st Century home construction. Nowhere is this better exemplified than at Yankee Barn Homes.