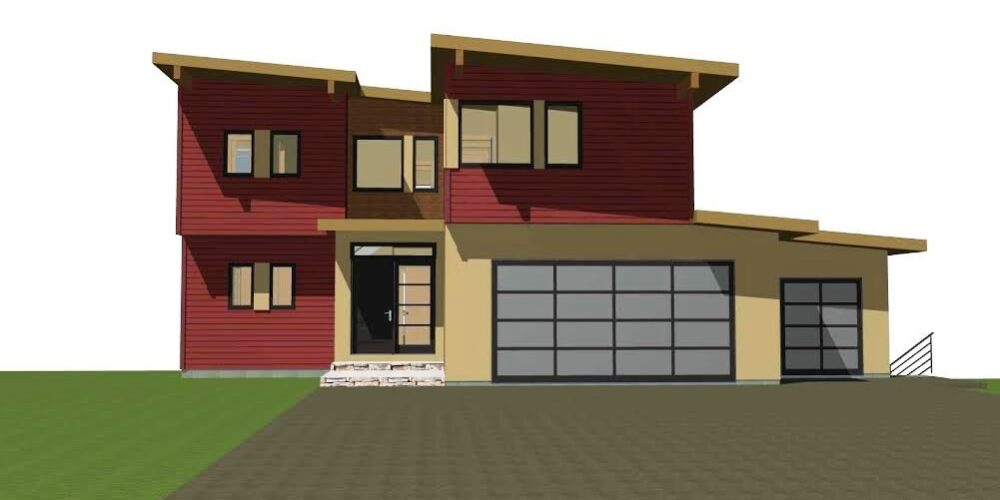 Mid Century Modern architecture in the American iteration, came about after World War II as a means to bring modernism to the post-war suburbs. Emphasizing structures with expansive glass and open floor plans, the style’s main goal was to open up interior spaces and bring the outdoors in. Many original Mid Century Modern homes used a post and beam architectural design to eliminate the need for bulky support walls; this allowed walls to appear as though made mostly or entirely of glass.

Enter Yankee Barn Homes and our current design named The Mad River Modern. This design is intended for a sloped build site but would work equally well on a level lot. The floor plan features are in keeping with the original intentions of the Mid Century Modern style. On the first floor level the main living space is completely open. One area flows into another; designated rooms will be made by furniture and fixtures, not walls. The post and beam frame makes this possible while complimenting the Vermont vernacular of this home.

The views from this home will be spectacular. Sited in the northern Green Mountains of Vermont, this Mid Century Modern will adhere to the original design philosophy of bringing the outside in. Windows are situated to make the most of the vistas afforded by the mountain site. No matter the season, the views are guaranteed to be special and this Yankee Barn post and beam home will take complete advantage of them.