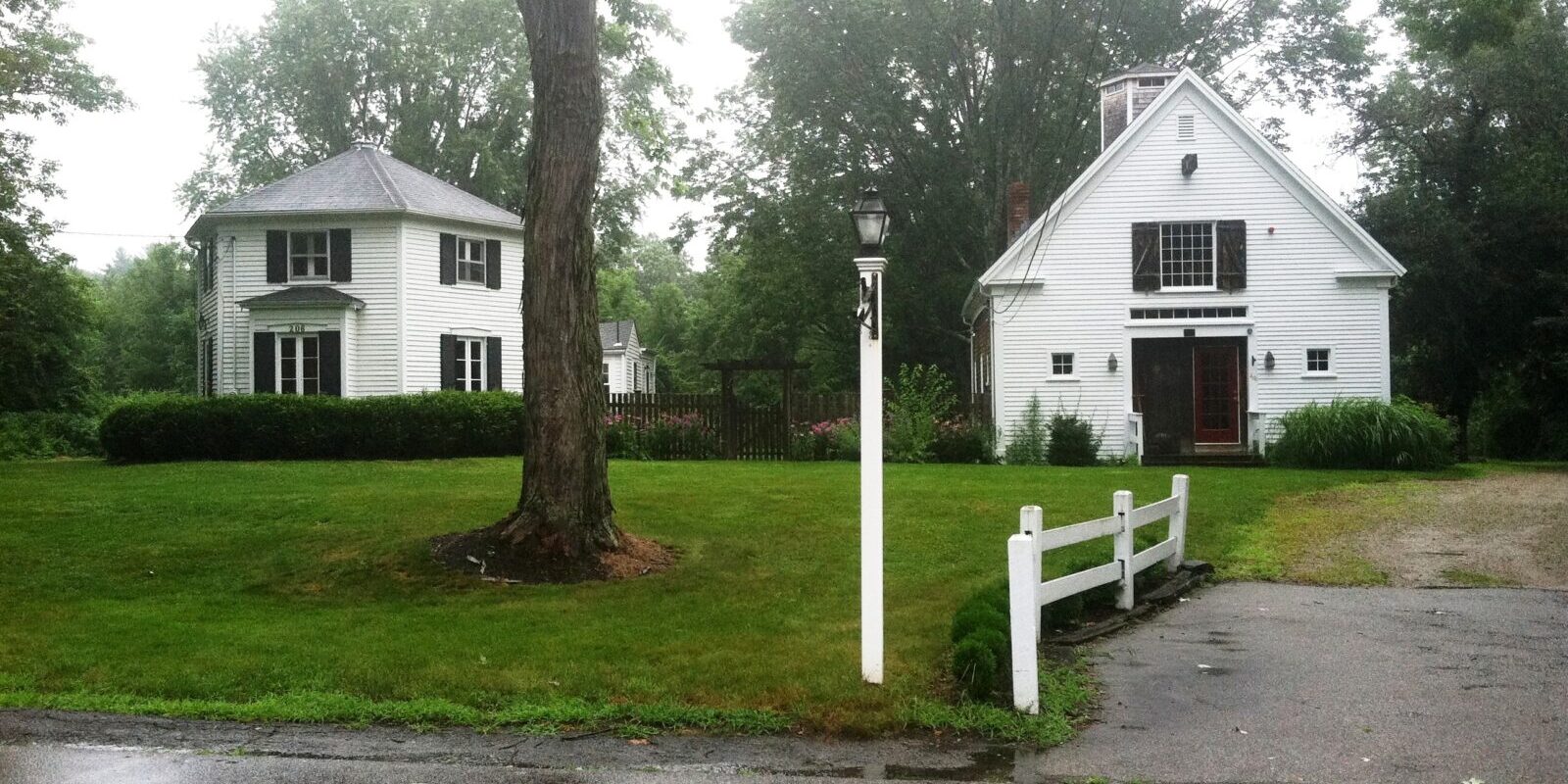 Post and beam historical renovation is tricky. Okay, any historical renovation is tricky. At Yankee Barn we go the extra distance to make sure not only all is as it should be for the permitting process in a historical district, but also to be sure the needs and wishes of the owners are met. As anyone who has worked on a historical project can attest, guidelines and restrictions often present challenges. That’s where Yankee Barn’s amazing team comes to the rescue. We pride ourselves on being problem solvers of the post and beam world!

The original house had one very unique feature; a hexagonal two-story room. The house is well-known as not many historical homes have a hexagon attached. Taken directly from historical documents at The Plymouth County Registry of Deeds, the Parris-Briggs house was an “extremely rare and radical design, thought to be designed for healthful & efficient living. In 1854 Orson Squire Fowler wrote a book A HOME FOR ALL or THE OCTAGON STYLE OF BUILDING, professing the advantages of the octagon style. Many were built throughout the country with some surviving until today, but none is as rare as this HEXAGONAL.  A controversial design in its day, this style was considered a truly American invention and the first pure example of American architecture.”

Wow! The first pure example of American architecture. Challenge accepted! Yankee Barn is more than up to the task. Let’s take a look at how a 19th Century home has been reworked to honor the past while living in the present. You’ll notice in the before photos the home’s hexagon and a large barn were the only features worth saving. The remaining house had no architecturally redeeming value as the structure was beyond repair. Yankee Barn’s post and beam design team to the rescue!

The new YBH home will compliment the hexagon. Remaining front and center, the hexagon gets a facelift and becomes an open, two-story space. The house behind it will play a supporting role as there’s no way to steal the thunder of that hexagon. Why would you want to? The post and beam style of the remaining house suits the past but exists very much in today’s architectural world. The first level has an open concept layout which encompasses the kitchen, dining and living areas. It also has a guest bedroom which includes a bath and a laundry room tucked in for efficiency.  The large back screened-in porch completes the back of the house.

The post and beam second level sits under a hipped roof and has a large master bedroom suite and one more bedroom on the other side of the staircase. The hexagon is not adjoined to the second level of the home. Construction is well underway on the home. We’re looking forward to watching this project develop.  Please keep an eye out for up dates on the post and beam Parris-Briggs House.  Yankee Barn is pleased to be part of bringing a piece of architectural history into the 21st Century while remaining respectful of our country’s exceptional past.