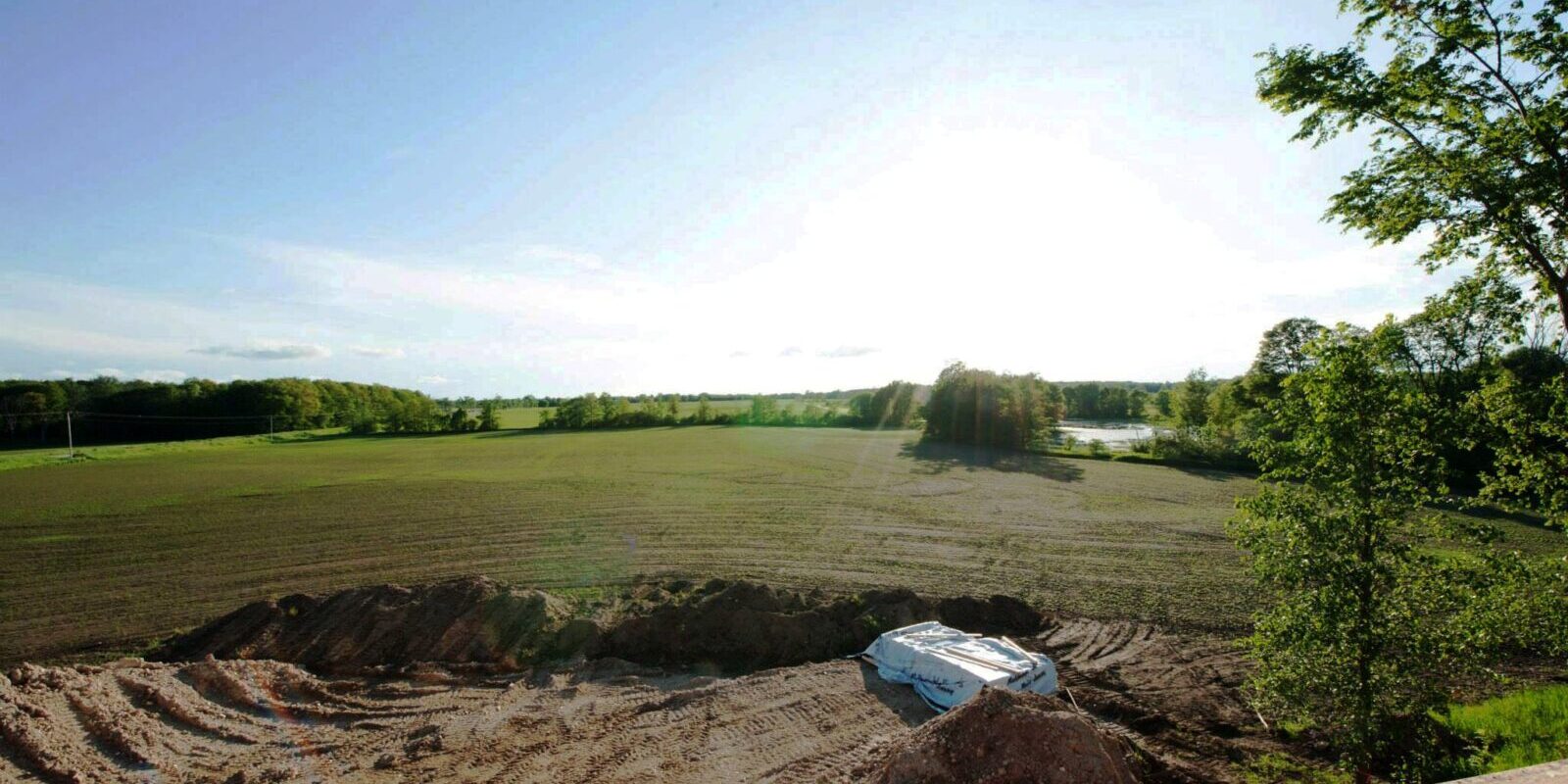 Last week we met Sandy and his wife, newly minted homeowners of a Yankee Barn farmhouse known as Freedom Hill. Today we’ll take you inside the farmhouse and relay the story of how the farmhouse came to be and the wonderful story of lifetime friendships that played a role in the name of this house.

As you walk into the home, the open expanse is breathtaking, which is just the way the homeowners wanted it. The scale of the home and its timbers is large; therefore great care has been taken to match the space to correctly sized furniture and features. Small pieces would look completely minimized by the space. On the home’s first floor, over-sized pieces are the rule. For example, the kitchen island is 11 ½ ft long and 4 ft wide. Cherry trees from the property were used for the island. Sandy and his father planted the trees back in the mid 70s. Fifteen years ago, Sandy had to cut the trees down, but saved all the wood as he knew he’d want it someday. Fast forward 15 years and those trees planted by Sandy and his dad now great him every morning in the form of the kitchen island. Now there’s a great family story!

The unique jailhouse door was found found at a local antique store. It dates back to the 19th Century, originally used in a jail in Toronto. The door is solid oak, quite heavy and measures 2 inches thick.

The Herringbone pattern on the fireplace was a result of seeing a home designed by YBH Creative Director, Jeffrey Rosen. antique light fixtures.

Jatoba (Brazilian cherry wood) is used for flooring through the home due to its very hard and durable qualities. All stair treads and rails are Jatoba, as well.

My favorite story from Sandy is how Freedom Hill came by its name. Sandy tells it best: “I used to go to the farm as a teenager and bring my buddies up. At the back of the farm there is a large hill that provides a great view over the surrounding area, and one of my buddies nicknamed it Freedom Hill. When we built the farmhouse (my wife is Irish, with Scottish ancestry) we named the house Saoirse Cnoc (pronounced seer-sha-noc) which is Gaelic for freedom hill. The Gaelic was a little tough for some at YBH to pronounce, so they called it Freedom Hill Farmhouse.” The final photo in today’s gallery shows Sandy, his wife and friends, walking up the hill. The house can be seen in the far background.