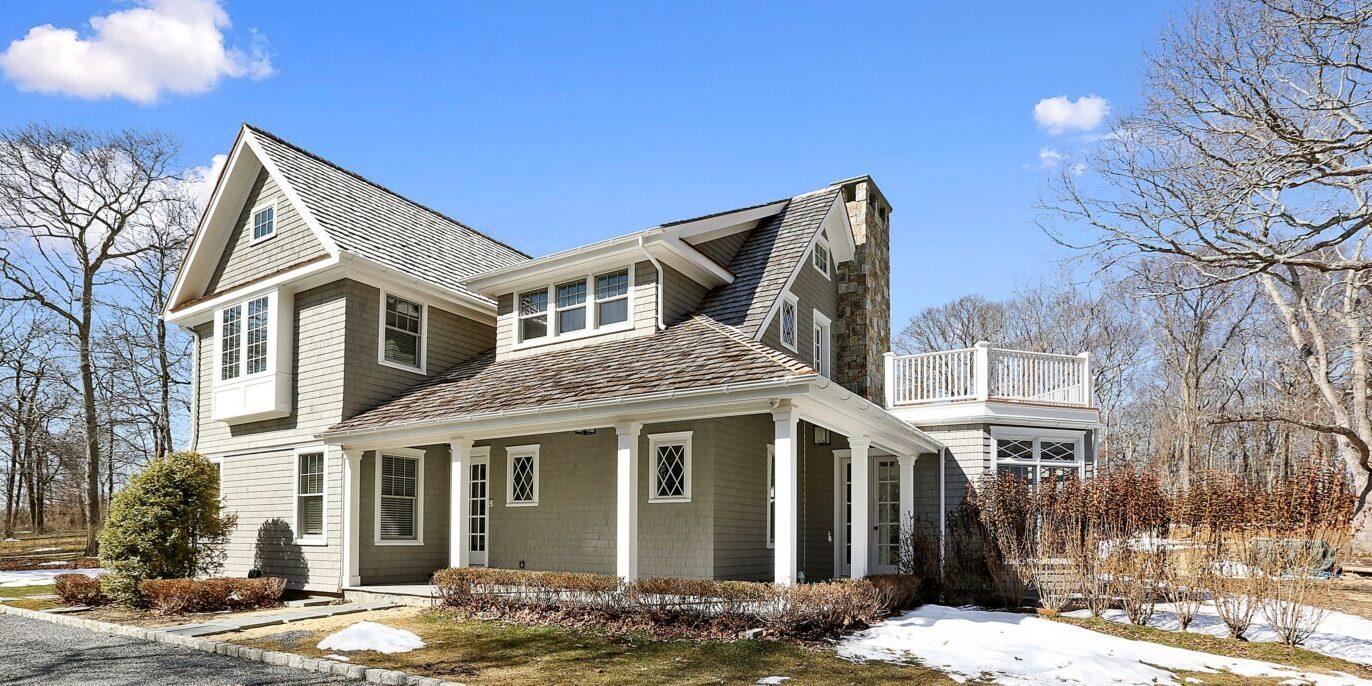 Cove Hollow, a YBH barn home shingle style has gone up in 8 days! The build site is located within the village of East Hampton. It’s an infill project (placing a structure between two existing homes) and is architecturally cohesive to the surrounding homes in the community. This house was designed to appear as though it had been built during the same time period as the other houses in the neighborhood.

The speed of any build effects its economic value and this house, like most Yankee Barn Homes, went up in 8 days. Above is the sketch… and below are photos of the house, now ready for roofing and siding. The fact that this is a preexisting neighborhood allowed for a faster than normal build.

A Yankee Barn ensures fewer disturbances on the neighborhood and far less construction debris. Green values and time savings are both high due to the ability to cut out the need for insulation and window instillation. The economic savings were notable with Cove Hollow as build time, cost, and impact on the environment were all lessened.

The exterior will be cedar shingle with white Anderson Architectural Series Windows, heavy-textured cedar shakes roofing, brick chimneys, a covered front porch, and a four season sun-room directly off the living room (recently added to the plans). A gravel driveway will also be in keeping with the neighborhood. The mature landscaping was taken into account when the design and site plan were created; yet another way for it to more easily appear as though the home has always been here. This is another Jeffrey Rosen project, and to those of you now familiar with his work, you will not be disappointed! This house is going to be a beauty!

Be sure to come back and see us as we will be following this home’s progress here on Post and Beam Living.