Additions and Remodeling: Post & Beam Takes Away the Terror

A post and beam frame goes up in days!

In the year 2000 friends of mine bought a post & beam home that was built in 1979.  It was really a piece of junk!  The only redeeming features were it’s location on a beautiful golf course lot and a spectacular great room with glass on two walls overlooking the golf course.  In addition to the great room, the first floor had a small galley kitchen, a master bedroom and a full bath.  The rooms were small and dark, and traffic flow was nonexistent.  They called in a general contractor who was not familiar with post & beam construction and explained that they wanted to gut the kitchen and bathroom and rip out all the interior partitions in order to start over.  The contractor was hesitant to proceed until it was explained how this structure worked, pointing out how the beams and posts supported both the second floor and the roof structure. 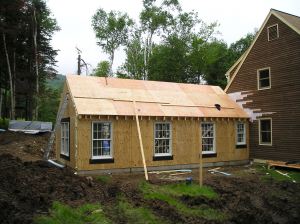 The next time you look at a post & beam home that strikes you as a “piece of junk’, use your imagination.  It could end up being your dream home! 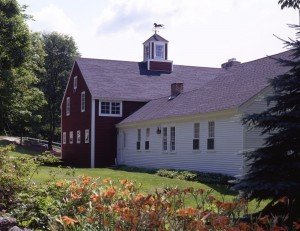 Post and Beam Construction Blends Past with Present
August 31, 2017