If You Don’t Know How to Cook, Stay Out of the Kitchen

It occurs to me that unless someone knows how to cook they should not design a kitchen.  It’s a simple but totally practical theory.  If you don’t know the basic steps for boiling water, don’t mess around with kitchen design.

Here is where I have to insert a disclaimer: I love my husband dearly; really, I do.  But… he can’t boil water.   He tries, and I give him credit for it, but he just doesn’t have the knack.  The last time he boiled water, pans were thrown in the trash and I had to replace my stove.  It was awful. 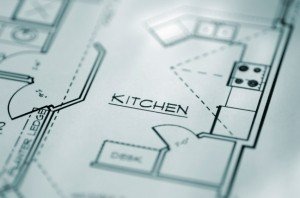 So when the time came to redo the kitchen I laid out the plan, explained it to my husband – including floor plans with a color coded key, gathered up the children and left for the weekend. I had the best of intentions.  When my husband does home improvement projects his language gets, shall we say, a little colorful?  Children should not hear these kinds of words.  I should not hear these kinds of words.  So off we went to my mothers.  This made everybody happy, including my husband since he could now drink beer, swear to his hearts content and be manly. 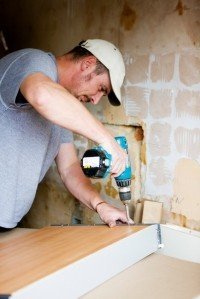 While I was away, and totally unbeknownst to me, my husband decided my “fancy kitchen” plan wasn’t really necessary. Did he call to consult with me? No, he did not.

I returned home expecting a workable kitchen.  Instead, I had a line. He didn’t like where I’d placed the refrigerator because it would have blocked the TV during beer retrieval, so he moved it for optimal screen viewing.   Where I had planned a corner cabinet, I now had a cabinet in a long row of cabinets.  There was no corner, and hence no work triangle; he didn’t think one was necessary.  When he gave it a “test run” making a sandwich, the line worked well enough for him.  He laid everything out on the counter and loaded it up assembly line fashion.  Good for a sub shop, lousy for family meal preparation.  Next, in what I was now calling “the line-up”, was the sink, another little counter and then the stove.  He thought the stove should be really close to the sink for easy access when boiling water. 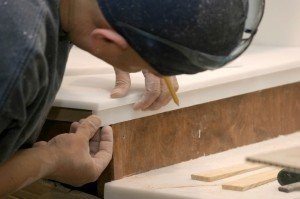 We are about ready to take on updating the kitchen – again.  Might you have any ideas on where to send my husband? 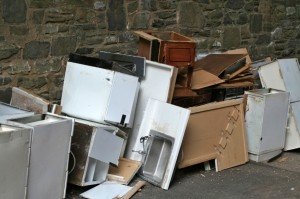 How to Design and Build Energy Efficient Homes
February 2, 2022

Emphasis on Designing the Entryway
June 10, 2021

The Master Bedroom; Stop Telling Me It Needs To Be On The First Floor!
April 8, 2009